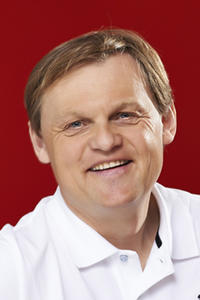 Other information:
Bjørn Gulden is a married father of four. He is a Norwegian national and speaks fluent Norwegian, English and German.
Bjørn Gulden is a graduate of the MBA programme at the Babson Graduate School of Business in Boston and also earned a Bachelor's degree in business administration from Rogaland University in Stavanger, Norway. He also studied for a time at the Friedrich Alexander University in Erlangen before beginning his career as a marketing and financial consultant for various Norwegian companies.
Bjørn Gulden has been Chief Executive Officer of PUMA SE since 1 July 2013 and is a member of the Executive Committee of Kering, PUMA's parent company. In addition to the responsibilities mentioned above, he is also a member of the Advisory Board of Deichmann SE.
He has almost 20 years of extensive international experience in the sports lifestyle and footwear industry, where he has held a variety of management positions. Before moving on to PUMA, the retail expert took over as the CEO of the Danish jewellery manufacturer Pandora in 2012. From 2000 to 2011 he was the managing director of Europe's largest footwear retailer, Deichmann, where he also headed the US subsidiaries Rack Room Shoes and Off Broadway Shoes as CEO and chairman. Prior to that, he held several management positions at the outdoor apparel company Helly Hansen and the sporting goods manufacturer Adidas, where he was Senior Vice President of Apparel and Accessories.
He is a passionate athlete and played professional football, including for Bundesliga club 1. FC Nürnberg during the 1984/1985 season.